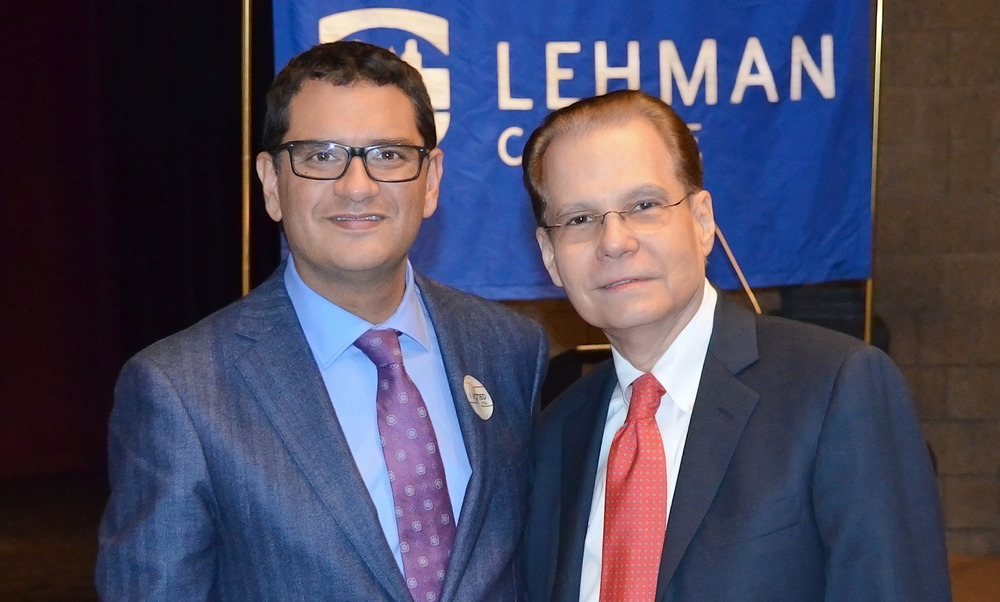 The event focused on Lehman's relationship with all three institutions as well as its role in The Bronx's wider education community. The leaders in attendance included Jose Luis Cruz, President of Lehman College, Professor Herminio Martinez, Executive Director of The Bronx Institute, Principal Alessandro Weiss from The High School of American Studies and Principal Jerrod Mabry from the Celia Cruz Bronx High School of Music. Bruce Irushalmi, Deputy Director of The Bronx Institute, served as Master of Ceremonies for the event.

Each institution invited distinguished guests that had played a role in either their formation or operations, including former President of Lehman College, Dr. Ricardo R. Fernandez. Among these distinguished guests were several current and former students as a symbol of what Lehman College's dedication to the world of education has accomplished. Celia Cruz also provided its student string quartet and jazz band, which performed at the opening and closing of the ceremony respectively.

Attendees were treated to a presentation and a video composed by BronxNet, which explained the origins of each institution and the impact that Lehman College has had on each during their formation and beyond. All of the distinguished guests spoke about the experiences that received certificates from the leader of the institution they were affiliated with to commemorate their efforts and contributions.

The ceremony concluded at 2:30 PM, with everyone in attendance being invited for a luncheon. As those in attendance left the Lovinger Theater, the air was filled with congratulations, music and the achievements of the young and old. It was a joyous reminder of what Lehman College had accomplished and would continue to accomplish through year 50 and beyond.